How to write a Compviz plugin.

To download Compviz, it's probably best to get it straight out of CVS: 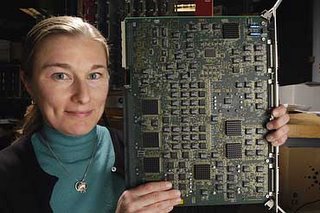 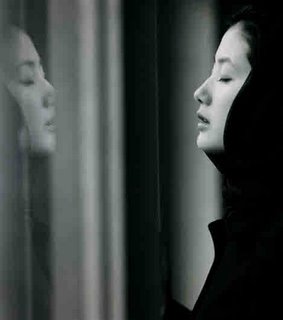 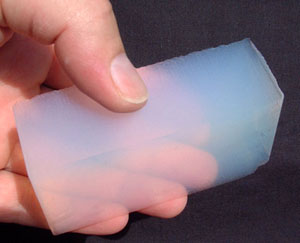 SSM - Secondary Structure Matching. A very neat looking service from the EBI that matches protein structures in 3D.
Posted by sness at 2/16/2006 11:12:00 am

The meaning of life is to fix ourselves, and the world, so we can open ourselves up to others and become vessels to receive God's endless love.
Posted by sness at 2/14/2006 10:04:00 am

A neat looking new service for doing Molecular Replacement in crystallography with Homology modelling, called Caspr. Looks like it uses MODELLER to make a series of homology modelled structures and then does molecular replacement with all of them.
Posted by sness at 2/14/2006 09:03:00 am

Gathering For Truth
Satsang Satsang is a Sanskrit word combining "satya" meaning "truth" and "sangha" meaning "group. " It describes a gathering of people for the purpose of spiritual truth. Satsang is often used when referring to a meeting with a guru or a spiritual mentor. During Satsang, participants read inspiring words, discuss its teachings, meditate, and find ways to bring this awareness into daily life.

While attending services or spiritual study groups can be thought of as participating in Satsangs, this practice can also apply to any group of people that are gathered to inspire one another and express the truth free from judgment. A Satsang can be a group of people that are gathered to sing, play, or listen to music. All that needs to be there is the intention to inspire one another and tell the truth. A Satsang can also be a support group, book club, yoga class, or meeting between friends for coffee or conversation. We don't need to be in a place of worship or supervised by appointed leaders to experience the truth. The truth can be found in every moment and it can be experienced with anyone. Spending time with someone who enlightens us can be as simple as visiting with a grandmother or talking to a best friend.

There is wisdom to be gleaned from being with people even when the gatherings are not specifically intended for personal improvement or spiritual transformation. Any occasion we are gathered with people who understand and support us can be a spiritual experience. While gatherings with the intention of communing with spirit are undoubtedly powerful and inspiring, getting together with people that uplift us by their presence alone is also vital to our well-being. When we recognize all the people we know that support and enrich us, our lives can become an extended Satsang.
Posted by sness at 2/13/2006 01:04:00 pm

This page had some great information on setting up a D-Link AirPlus DWL-G650 under linux.

Basically get the latest madwifi source code from http://pipiche.free.fr/Downloads/Fedora/SRPMS and rebuild the source RPM with rpmbuild --rebuild madwifi-XXX.src.rpm.
Posted by sness at 2/13/2006 12:59:00 pm

A great article at ACM Queue with Jarod Jensen. He worked at Baylor on the Human Genome project, and then at EnronOnline, now for his own consulting company where he helps people get better performance out of their applications.

A number of very good points. One of them is that to really get better performance, you have to look at not just the development side, but also at the sysadminning side. As someone who has worked on both sides, I couldn't agree more, especially for scientific applications. Often, scientific applications are written well in a scientific/mathematical sense, but are hard to administer and hard for users to use. Jarod point was that for good performance, you have to look at all aspects of development, and I would extend this to the user experience as well.

Also, another great point that he has is that somehow we have to get the research and development communities to talk more, that there are great things going on in universities, but these things don't get communicated to the actual developers. This is common in the crystallographic community as well, there are a lot of great algorithms out there, but it's hard for users to learn all of them, and especially to learn how to use them optimally. I've heard an oft repeated maxim that a crystallographic program works best in the hands of it's author. Well, in Crank, that's what I was trying to do, to try to get these two communities to talk more, to get these new and cool algorithms out to the community at large. I'm not sure how well I succeeded, but it was something I had in mind from the beginning.
Posted by sness at 2/12/2006 12:29:00 pm

wsdlpull - A nice looking C++ library for invoking and interacting with web services.

This would be great, and was what I was hoping for, that you could write web services in whatever language you like (say Java, Python or C++) and then interact with them in any language, and through a variety of methods. It's what we've been working towards for a long time, and it's nice that things are finally starting to come together. I'm not a language bigot, I think that all languages have their place, from Haskell to Java and from Forth to Lisp, sometimes it just makes more sense to code in Lisp, and sometimes it makes more sense to do something in C. This isn't even accounting for taste or level of comfort with a language. With things like web services, we'll be able to leverage work done in any language with any other language, and that's A Good Thing.
Posted by sness at 2/07/2006 08:52:00 am

One neat thing about OSWorkflow is that you write everything by hand, I think this would encourage the developers to have a nice representation for the workflow, and is something that I concentrated on in Crank, to first make the text and underlying format nice, and then to make the GUI make this text.
Posted by sness at 2/07/2006 08:45:00 am

Some Eclipse tools for WSDL:

"The essence and the whole of Vedanta is this knowledge: that I am by nature the formless all-pervasive Self..."